Campionato…di Calcio…ITALIANO! If your Saturday mornings didn’t feature these three words, an adorned cup of coffee and the Gazetta Dello Sport then I don’t believe you truly lived through the 1990s. Channel 4’s sensational Football Italia, with a little help from the 1994 World Cup, brought the fascinating world of Serie A to British screens and ensured that a generation of pretentious kids idolised the likes of Gabriel Batistuta, Paolo Maldini and Roberto Baggio rather than the prosaic domestic alternatives such as Mike Newell and Steve Harkness (no offence gentlemen). 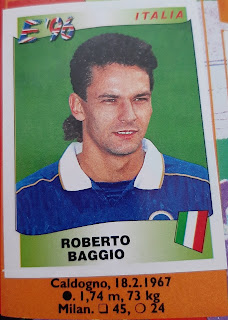 Roberto Baggio was THE hero of my childhood. I even had the questionable ponytail in tribute and was willing to turn my back on a Juventus team that had lit up my 1994/5 (Palace were too busy being relegated as the sacrificial lambs of Premier League restructuring) when Baggio moved to AC Milan ahead of the 1995/6 season. The ‘Divine Ponytail’ joined a team smarting from the end of a period of domestic dominance at the hands of Juventus and were keen to regain the Scudetto from the Old Lady’s clutches.

His first season at AC Milan did not see him truly establish himself in the side. This was in part due to the persistent injuries he suffered at this stage of his career. Nevertheless, he fought his way back into a star studded side featuring, 1995 Ballon D’or winner, George Weah and contributed seven goals and twelve assists as AC Milan secured the Serie A title. Baggio had found his form just in time for Euro ’96 in England. Who cared that football was coming home when Baggio was coming to England?

Not truly understanding the nature of sticker collection at this point I filled out the form in the middle of the Panini album about a week after purchasing it to ensure that I ‘completed’ Italy. After their stirring performances, led by the sublime Roberto Baggio, at USA ’94 there was no question that Italy weren’t going to take the tournament by storm despite being drawn in the ‘group of death’ alongside Germany, the Czech Republic and Russia. In his sticker portrait Baggio looked focused and fit and ready to showcase his brilliance in the home of the beautiful game.

But Baggio was not named in Arrigo Sacchi’s squad. As with Juventus the summer before, the hopes of the Italian nation were pinned on a young upstart by the name of Alessandro Del Piero. Del Piero disappeared at half-time of the Azzuri’s win over Russia and did not feature in their defeat to the Czech Republic or their must win final group game against Germany. Italy drew 0-0 and were eliminated. Furthermore Sacchi took over at AC Milan during the 1996/97 season and Baggio was pushed to the periphery of a side that struggled to retain their Serie A title and ultimately finished 11th.

Baggio moved to Bologna at the start of the 1997/98 season where he notched up 22 goals in a side aiming to avoid relegation who ultimately ended up qualifying for the Intertoto Cup. This stellar performance earned Baggio a place in Italy’s World Cup squad where he scored twice (as well as a shootout penalty) as Italy made it to the quarter-finals. Which just leaves us to think: what could have been at Euro 96? 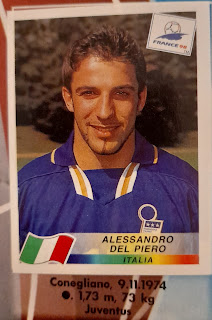 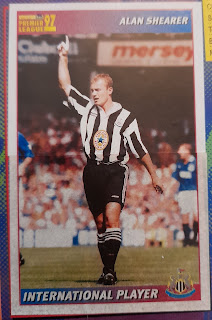